Giovannie Espiritu, who is known as the genderqueer lothario role of Gin in the LGBTQ series, “Dyke Central” on Amazon, is also a sought-after top Hollywood audition coach who started teaching actors in a small one-room studio in San Bruno, CA.

After the success of many students (including William Lipton of General Hospital fame and the Espina sisters who hosted the Dreamworks show, “Life Hacks for Kids”), Giovannie herself moved down to Los Angeles as the Bay Area rental prices were escalating.

What is the toughest decision you had to make in the last few months?

In my business, appearances and what you look like is a major factor in your success. I started getting tired of people saying “no” to me just because of what I looked like, so I had to shift into more of a behind-the-scenes production mode in order to get the stories that I want to see made and told.

I’m glad that the industry is changing and that we are starting to see more diverse stories and different types of beauty represented… but it can still go further.

What money mistakes have you made along the way that others can learn from (or something you’d do differently)?

I think that I had to really lean into what and who my audience is and stop trying to reach people outside of my target audience. In the beginning, I would get a little bit offended because even though I had more credits and experience than most of the teachers that had schools in the Bay Area, some people only wanted to listen to older teachers that “looked” the part.

So I focused my marketing on kids/teens and their parents. My mistake was trying to reach a broad market instead of nicheing down and really focusing on those that I didn’t have to “fight” for.

What piece of advice do you wish someone had given you at the start of your career?

I wish someone had told me to not be afraid of self-promotion or advertising. It is a business, and businesses and businesses advertise. I think there was such a weird judgment about mixing art and commerce that I fell into.

What excites you most about your industry? Where do you see it heading in the near future?

I love that filmmaking and storytelling have the capacity to change hearts and impact society. Like the Geena Davis Institute of Gender in Media says,” You have to see it to be it.” I’m really encouraged about seeing more women and people of color in leading roles.

What is one piece of advice you still remember and that has practically changed your life?

I met showrunner Kit Williamson at a film festival and he said: “Talk about the thing, like it’s a thing, until its a thing,” and it really made me think about how we do speak things into existence. I know it’s a little woo-woo, but “Abracadabra” means, “As I Speak I create.”

If you could go back in a time machine to the time when you were just getting started, what would you do differently?

I probably would have gone back to school and not joined a cult. LOL. But then, I wouldn’t have my amazing kid and the life experiences that I have had.

What’s your daily routine? How do you achieve work-life balance?

I generally make a list of things to do when I get up, have coffee, read and then start my coaching sessions for the day. I try to spend some time with my kid and then go back into teaching and having creative meetings with producers and other department heads of the film projects that I have on the board.

Where do you see yourself in the next five years?

I hope to be making more films and traveling. The great thing about technology is that I can coach actors and have pre-productions meetings anywhere.

What is one piece of software or a web service that helps you be productive? How do you use it?

I use the YouCanBook.Me service to streamline my coaching calls and zoom to run my meetings.

What is the one book that you recommend our community should read and why?

My life changed when I read, “Manifest Your Destiny,” by Wayne Dyer. I know I had a pretty challenging upbringing, but reading that book made me realize that I had the power to change my circumstances no matter what kind place I started in life.

What is the best advice you have ever been given?

Wendy Alane Wright, who is a Hollywood manager and entrepreneur herself gave me this mantra: “I am independent of anyone’s opinions of me, good or bad.” That really helped me in a business that is built on opinions and judgments. It helped me realize that I am still an artist, regardless of anyone else’s approval.

What advice would you give to a newbie Entrepreneur setting up their first business?

I would advise new entrepreneurs to do something that they actually love and find their strong “WHY.”. You might as well spend your time doing something that you enjoy – because if you are going to strive for excellence and it is going to take up a good portion of your life force, your reasons behind it will sustain you when the going gets tough. 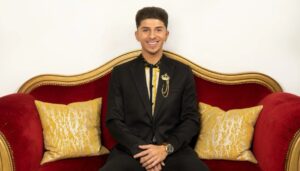 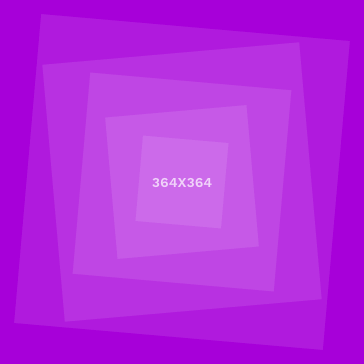